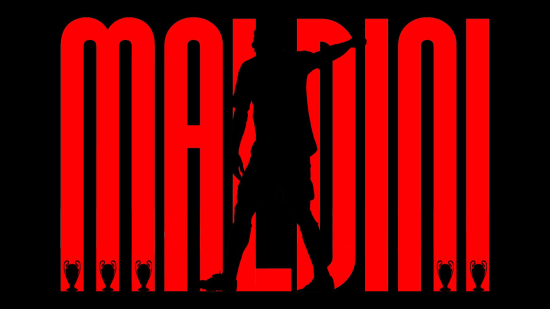 "I've put together and translated some opinions I found from the general and sport press regarding our mercato. Not to be taken as more authoritative or competent , mind you - most journalists know about football as much as we do. Don't take them too seriously. It is interesting, however, to study opinions coming from outside of the community, who always holds an inherent bias due to expectations, hope and disappointment. I could also find different evaluations of the same core events, which is always nice. So, out of curiosity, here's what non-milanistas think of our mercato."

GdS has often been extremely harsh with Milan, to the point of many fans believing in a personal agenda of Urbano Cairo against us. In this ranking, however, it puts us at the top with Inter. The core idea being for both that the team had to deal with big losses and did so very efficiently.

"They spent a lot, over 70 million euros, with eleven incoming operations, including buybacks. An important effort of the management without ever losing sight of the concept of sustainability. In this vein, the choice of Olivier Giroud shines, but also the investment for Pietro Pellegri and the confirmation of Brahim Díaz on loan. The 'low cost' final brings Messias after the failed assault on Romain Faivre. In general, there is great attention to expenses. Even on wages. Even the renewal of Franck Kessié is now in doubt and it is not a small problem. In the end, however, the happy choice of Maignan has shown that Donnarumma could be replaced. In short, Via Aldo Rossi does not lack courage".

The infamous, unapologetically biased Turin daily goes, somehow, even further. To Tuttosport we are the uncontested kings of this mercato. The reason being, big expenses (unlike everyone else) and many quality signings that overshadow the great technical losses by achieving a full and flexible coverage for the coach to make use of. They admit, however, that it's too soon to judge.

Eleven new signings for a total of 90 million to achieve the goal of improving the second place of last season. Maignan, Toure, Tomori, Florenzi, Bakayoko, Adli, Tonali, Diaz, Giroud, Pellegri and Messias have all arrived: of these, Adli will remain at Bordeaux for another year. Clearly there are the departures of Donnarumma and Calhanoglu, something was lost from a technical point of view, but they were both expiring contracts. And for the moment they seem to have been well replaced with Maignan and the pair formed by Brahim Diaz and Messias. It is certainly complicated to judge a market that has just closed: there are too many unknowns that will only be resolved later. But there is no doubt that in a market in which few companies have really spent, Elliot's effort has been really important and presupposes a project of depth."

Grades to the opposition: not found.

Another very high grade assigned to Milan, this time from (in)famous football journalist Mario Sconcerti, for completely opposite reasons: Sconcerti compliments Milan for how it dealt with its renewals and criticise the lack of depth. For some reason he decided to give his grades two weeks prior to the end of the market, but he expresses no further expectations (and not much else happened), so it's safe to say he wouldn't lower it today.

"It was the first team to not let players handle major contract closures. They didn't lose Donnarumma, but defended him to a boundary then got off the table and bought a replacement on the fly. Never make a player, whoever he is, a sentiment. Love is for the flag, not the person waving it. Milan is on the same page as Juve and Inter, but everything must go the right way. It has no reserves for Kessie and Bennacer, it has two important and cumbersome strikers, it can depend too much on Diaz, it would need 12 goals from Leao, it lacks unexpected goals. But he has an accomplished game, a team has been built."

Grades to the opposition (most of this were very premature and his explanations don't hold up today): 5 Atalanta, 4 Juve, 7 Inter, 4 Lazio, 6 Roma, s.v. Napoli.

Against the grain, the mercato website rates our mercato to be insufficient despite acknowledging in the beginning the overall difficulties italian clubs as a whole had to endure post pandemic. The main criticism being, not enough money was spent and neither Gigio nor Hakan were properly replaced, with particular disappointment in Messias.

"It lost Donnarumma and Calhanoglu, pillars of Milan's second-place finish, and did not replace them adequately. The goalkeeper was impossible to replace with one of equal value, but at least for the trequartista it was logical to expect much more: the story of Messias, who three years ago was playing in D and now will play in Champions League, is extraordinary, but it cannot be a thirty year old former amateur to replace the turk. The owners have invested a lot, especially for the redemption of Tomori and Tonali, but there is the feeling that beyond a certain limit, with Elliott, one cannot go. And the Kessie case is looming."

Another solid grade. It is perhaps the ranking which weighs the signings and the free agent losses to be the most similar. We did good, but far behind some of our opponents which were excellent.

"Let's be clear, Milan's buying campaign would have deserved even a higher grade: Tomori and Tonali have been redeemed, Maignan has arrived in goal, Giroud has arrived in front and, in the last days, Florenzi, Pellegri, Bakayoko and Messias have also arrived, that is to say, the alternatives that Pioli lacked last year. Losing Donnarumma and Calhanoglu at a cost of 0, however, can only negatively affect the evaluation."

Two different ratings given on the website in a 15 h span. According to Raimondo de Magistris, Milan could've had a higher grade had it acquired a proper CAM instead of Messias, of whom he is very skeptical.

"Too bad for the ending. That of Messias who from the UISP tournaments will play in the Champions League is a beautiful fairy tale, but the Brazilian of Crotone is not the fantasist that the Rossoneri fans expected. To him the task of disproving the doubts, the wishes are obviously for the best. For the rest, Maldini and Massara improve and expand the roster available to Pioli: there are more alternatives on the sides in midfield, the confirmation of Tomori is a good deal and a champion like Giroud can give further confidence to the attack. Pellegri is a bet. As for Donnarumma and Calhanoglu: it is commendable to keep a straight back, but they are still two assets lost for nothing. It is imperative to avoid repeating history with Kessié."

Tancredi Palmeri stands in complete disagreement with his colleague and expresses an unusual position: money doesn't matter when accounting for the quality of a mercato, only players do. According to him, Milan has dominated the mercato and Messias is part of the reason.

"The squad is deeper, Milan is the king of the market. And with the unjustly underestimated Messias, there is also quality between the lines. But obviously the only star player in the squad has been lost, and no real star has arrived, and this could weigh in the long run with the double Champions League commitment fighting for titles."

My personal favorite out of all of these and the only one I deem worth reading. They focus on two aspects that other ignored: the sale of Hauge and the signing of Adli. Other than that it's the usual stuff: free agents, depth, and trust in Messias.

Losing for free Donnarumma and Calhanoglu inevitably weigh in the overall assessment, otherwise the grade would have been even higher. Maldini and Massara, however, have moved well. Maignan in goal, Messias as Diaz's reserve (even if in the long run it will be necessary to see if it was too risky to bet on a more experienced profile for the trequarti), taken in turn by Real, the arrival of the expert Florenzi and the tantalizing Pellegri. It was right to send Colombo out on loan, but it was more painful to say goodbye to an interesting young player like the Norwegian Hauge, sold on loan to Eintracht Frankfurt. Bakayoko helps to give alternatives and strength to the midfield, the purchase of Adli, left on loan to Bordeaux, is an operation of a great club that always thinks about the future.

From somewhat less reputable (or less known) sources, which I decided to put anyway for the sake of completeness

Not much that hasn't already been said here.

"The Rossoneri's summer also had two faces, beginning with the double defeat of Donnarumma-Calhanoglu but ending with a decidedly more complete and competitive squad than in the past. Giroud is the right man to erase the curse of the number 9, Messias, Florenzi and Bakayoko lengthen the list of alternatives of depth available to Pioli. A huge knot to untie, however, has remained: with Kessié and his renewal, the mistakes already seen in recent months cannot be made."

"The Rossoneri said goodbye to Calhanoglu and Donnarumma for free, but they were able to adapt and intervene as they could. The renewal of Ibrahimovic is already a good starting point on which to build this season, where there will also be Olivier Giroud who has immediately made it clear that he is not just a reserve.

In goal, Maignan needs to be evaluated in the long run, while the redemption of Tomori and Tonali as well as the confirmation of Brahim Diaz are signs of continuity. Finally, Florenzi and Bakayoko add experience to a young group and are functional to Pioli's game."